Missouri Republicans slammed President Joe Biden’s proposal to fine certain businesses that don’t vaccinate or test their employees for COVID-19 — with some calling for the Missouri General Assembly to hold a special session on the issue.

Whether state lawmakers could effectively combat a regulation from the federal Occupational Safety and Health Administration remains to be seen. But Attorney General Eric Schmitt is likely to take part in a lawsuit that’s being promoted by a number of other GOP officials around the country.

Biden announced Thursday he’s asking the Department of Labor to develop an emergency rule with OSHA that would require businesses of more than 100 people to vaccinate their employees or require them to get tested for COVID-19. Companies that don’t follow those guidelines would be subject to fines. State and local government employees are not included.

The president and his allies say the plan is necessary to get millions of people vaccinated and to prevent hospitals from being overrun. But Republicans like Missouri Gov. Mike Parson called Biden’s proposal “an insult to our American principles of individual liberty and free enterprise.” He told the Kansas City Star on Friday he plans to fight the proposal “on multiple fronts.”

During an interview with St. Louis Public Radio earlier this summer, Parson stressed that he was opposed to the state mandating COVID-19 vaccines — but added he wasn’t against businesses requiring the shot on their own. That ran in conflict with several Republicans who wanted to ban companies from requiring vaccinations as a condition of employment or entry into a business.

“I support vaccination, and I have encouraged individuals in my state to receive one, where it is consistent with their medical needs and religious faith,” Hawley wrote. “But vaccination should be an individual decision based on choice, not required by the federal government — or worse, required through midnight emergency regulations of the administrative state.”

It wasn’t just GOP officials who were criticizing Biden’s proposal. Missouri Chamber of Commerce President Dan Mehan, who strongly opposed GOP-led efforts to ban companies from requiring the vaccine, said in a statement that his organization was opposed to Biden’s proposal.

“Each workplace is different and employers have long held the right to establish vaccine policies that work for their businesses. The Missouri Chamber believes all employers should continue to have this right when it comes to the COVID-19 vaccine,” Mehan said. “It’s unfortunate that this new federal policy will likely further divide public sentiment around COVID-19 vaccination.” 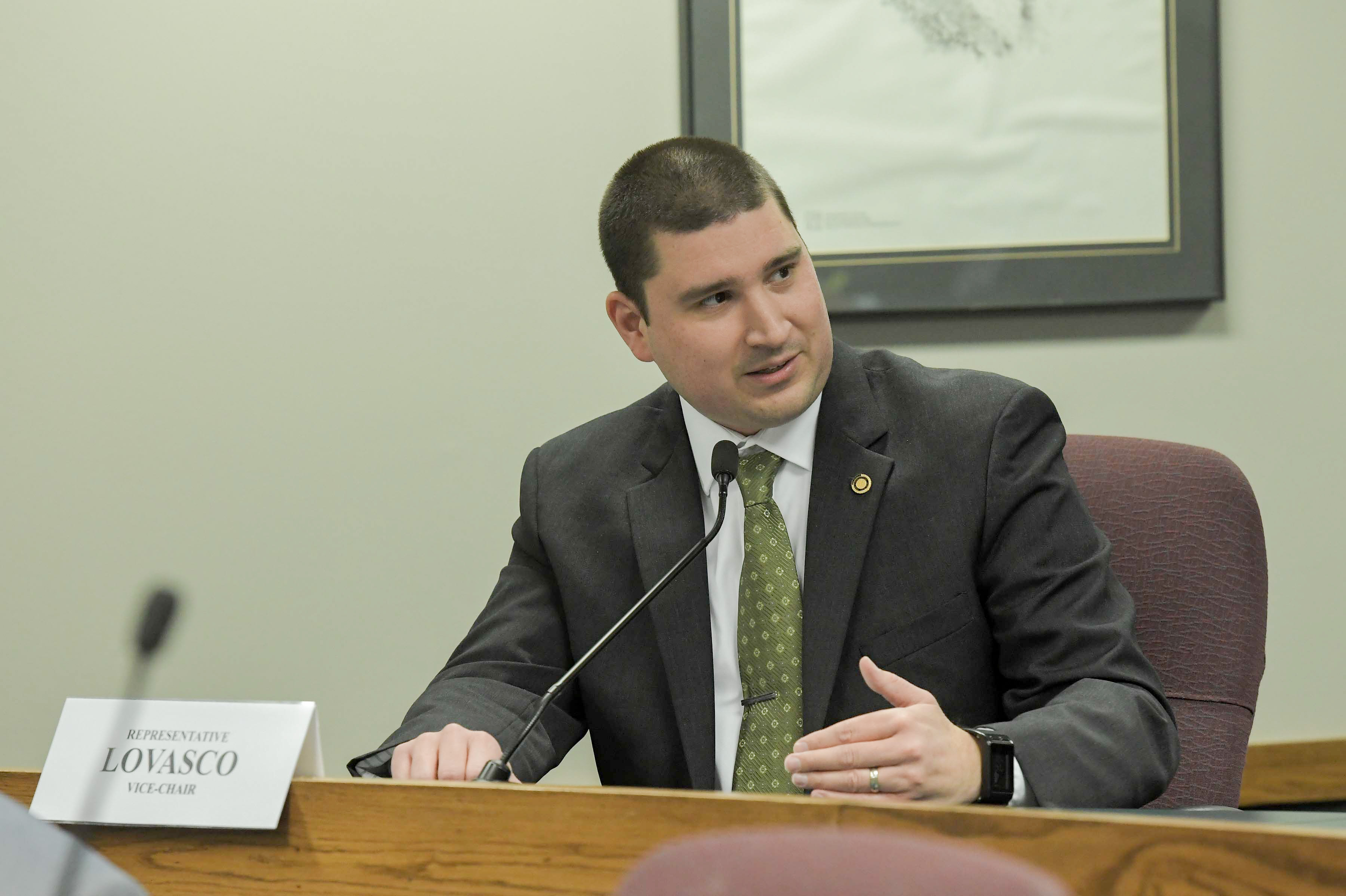 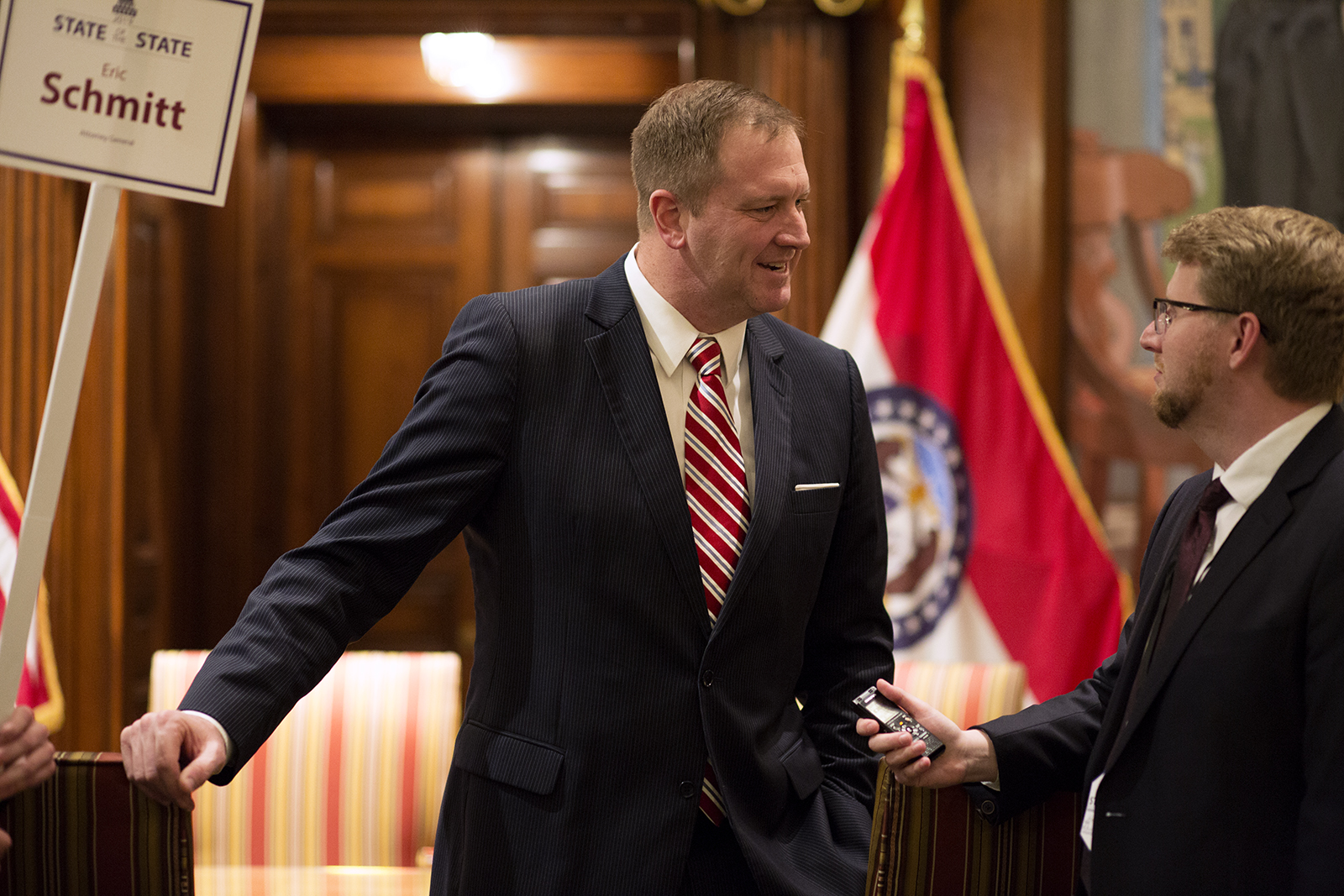 In a statement released Friday, members of the Missouri GOP House leadership said they had asked the House Judiciary Committee to “to hold a public hearing next Wednesday to take public testimony on this issue and to examine policy solutions that will allow us to protect Missourians from this executive order that was issued without regard for our constitutional rights.”

State Rep. Tony Lovasco, R-St. Charles County, said Parson should call lawmakers into special session to respond to Biden’s proposal. Lovasco said that while he doesn’t personally approve of private businesses enacting mandates on their workers, he said he supports their right to do that on their own.

Biden’s plan, Lovasco said, is “a completely separate issue from whether or not Wal-Mart decides to do something on their own.”

“I think there’s a lot of things the legislature could do,” said Lovasco, who added he is circulating a petition for the legislature to call itself into special session. “I’m exploring the option of possibly using the pandemic money that we got from the federal government to reimburse or pay employers’ fines if they’re refusing to comply with the mandate. I think that’s something we should look at.”

Rizzo said he doubted Parson would call a special session. While Parson has brought lawmakers back to Jefferson City a number of times since he became governor, he has more recently expressed reluctance about special sessions unless there’s consensus beforehand.

If Parson declines to call a special session, another possibility is that Schmitt could join other GOP-led states in filing a lawsuit against Biden’s administration. Schmitt signaled he would likely sue on Thursday, stating, “Historic overreach on vaccine mandates will not stand in Missouri.”

“We’re at a crossroads in America — who we are and what we’re going to be,” Schmitt wrote on Twitter. “We must fight back.”

Rob Gatter, a professor at St. Louis University Law School’s Center for Health Law Studies, said in order to come up with an emergency rule, OSHA has to establish there is “grave danger to employees in the workplace and the particular rules, in this case a vaccination requirement, is necessary to lower or eliminate that danger.”

Gatter said in this case, there’s a pretty good chance that any rule around vaccinating or testing employees for COVID-19 would withstand legal scrutiny.

“There’s really no doubt that people are in grave danger as a result of this pandemic, and in particular the Delta variant,” Gatter said. “But one question will be, ‘Are all employees equally in danger?’ So that could potentially limit the rule. It’s one thing to say that to everybody who’s working in a school or a hospital or an office setting. It’s another thing when you say that to people who are working virtually only.”

Gatter added it’s possible that someone could argue in court that the fact that 75 percent of adults have gotten at least one shot counteracts the idea that COVID-19 constitutes a “grave danger.”

“I’m sure they’ll make arguments like that. I don’t think those will fly,” Gatter said. “I think there’s grave danger because we’ve seen a spike in infections, a big spike in hospitalizations, a spike in demand for intensive medical care — all of those things would suggest grave danger. And then the next step is they’d have to show the mandate is necessary in order to reduce or eliminate that danger. And I’m sure they could argue, ‘Oh, we could just require masks.’ Well masks are not as effective as the vaccination.”

President Biden on Thursday unveiled a series of steps to combat the newly surging pandemic, including the announcement of a forthcoming federal rule that all businesses with 100 or more employees have to ensure that every worker is either vaccinated for COVID-19 or submit to weekly testing for the coronavirus.

Nearly 1,000 Missouri Nurses Could Get Compensation In Lawsuit Over Unpaid Time

Hundreds of Missouri nurses employed by Corizon Health Inc., the largest for-profit prison health care provider in the country, got a big boost after a judge agreed to certify their lawsuit over uncompensated time as a class action.

The ruling by U.S. District Judge Stephen R. Bough creates a class of as many as 1,000 nurses or more who, if they prevail in the lawsuit, would be eligible for compensation for pre- and post-shift activities the company currently doesn’t compensate them for performing. The damages could amount to millions of dollars.

Southeast Missouri State University implemented a Covid-19 vaccination incentive program that has specific goals and benefits for faculty, staff, and students. The "Give Away/Get Away" program's goal is to achieve a 70% vaccination rate on campus by Nov. 1, 2021.

As new coronavirus infections continue to climb and fast-spreading variants sweep the U.S., millions of Americans with autoimmune diseases are at risk.

Patients with these chronic conditions, such as rheumatoid arthritis or lupus, often take medications that tamp down on their immune response — rendering some vaccinations less effective.