As Updates and Improvements To Cape Girardeau Streets Continue, A City Engineer Explains The Process

Updates and improvements are coming to several streets around Cape Girardeau. A city engineer recently explained how these decisions are made.

KRCU Public Radio reached out to a city engineer for the City of Cape Girardeau. Amy Ferris explained how the projects are prioritized.

“There's a committee that[s] selected by the mayor and the city council and it includes a couple of city council members and a couple of folks who have a specific interest in the transportation projects and they get together and discuss projects needed in the city and they put together a list of projects and then they have some public meetings and get the public in selecting the final list of projects.” said Ferris

The funding for these improvement projects comes out of the Transport Trust Fund.

A schedule and map of improvements can be found on the City of Cape Girardeau's website. 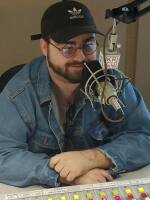