Health & Science
Missouri News
The latest news from every corner of the state, including policy emerging from Missouri's capitol.

A Buchanan County resident in his 40s who worked at Triumph Foods died Wednesday from COVID-19. The St. Joseph City Health Department confirmed the man tested positive for the virus on April 22.

The health department said in a statement the man had some underlying medical conditions. The state Department of Health and Senior Services tested more than 2,000 workers over the past week, with more than 400 testing positive.

While the department initially said those who tested positive were asymptomatic, in a press briefing Tuesday, DHSS director Randall Williams said upon further investigation, nearly half had demonstrated symptoms at some point.

Triumph initially told workers who tested positive they could return to work as early as Monday of this week if they hadn’t shown symptoms, but later changed it to Thursday. A petition for the plant to close for a week for deep cleaning had received more than 900 signatures as of Wednesday night. 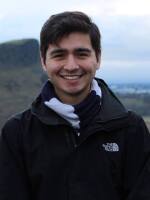