On Thursday, May 27, the Missouri Department of Agriculture announced the federal approval of the state’s amendment to the Industrial Hemp Plan. Missouri is the second state to be approved by the USDA for their amendments.

Sami Jo Freeman from the Missouri Department of Agriculture describes Missouri as being “a national leader in a concept of third party sampling”.  As one of the first plans approved under the new federal final rule, Missouri’s producers will help launch a new era of domestic industrial hemp production.

Last year, more than 200 Producer Registrations were issued in Missouri and 811 acres of industrial hemp were planted- including varieties grown for flower, fiber, seed, and grain.

The amendment includes increasing the pre-harvest window for compliance sampling from 15 to 30 days, allowing remediation options for eligible crops that initially test above 0.3% total THC, and updating requirements for testing laboratories to be ISO 17025 accredited after 12/31/2022, also registered with the Drug Enforcement Agency.

With the approval, the U.S. Department of Agriculture’s Agriculture Marketing Service affirmed that Missouri’s amended plan complies with federal law and regulations. 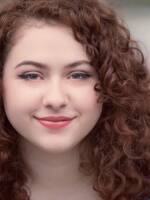 Isabel Nauman
Isabel is a first year student at the Jeanine Larson Dobbins Conservatory of Theatre and Dance at Southeast Missouri State University. While pursuing her BFA in musical theatre, she also wishes to expand her horizons by working with the departments of design and tech as well as mass communications. Isabel joined the KRCU team as a Morning Edition host in February of 2019 and, despite the early mornings, has loved all it has to offer. She will be temporarily departing Morning Edition this summer for an internship in her hometown of St. Louis at the Stray Dog Theatre, but is looking forward to returning again in the fall. Isabel has been a big time NPR listener for as long as she can remember, and says she’s excited to have the opportunity to work for her “go-to source for news and entertainment.”
See stories by Isabel Nauman
Related Content