Exposition: A Talk with Jay Contrino from The Jazz Collective

*We spoke with Jay before the group's performance at Tunes at Twilight on Friday, August 12, 2022.*

The VLS Jazz Syndicate (The Jazz Collective) is a diverse collection of musicians who are now local to our area. The group will be performing Bebop, Hard Bop, and Blues standards made famous by Miles Davis, Benny Golson, Bill Evans, Wayne Shorter and others. The band will also infuse a jazz flavor on some contemporary R&B and Funk hits. Come out to experience live music, improvisation, and group interaction, all hallmarks of jazz. The group will feature Chris Duesinger on Tenor saxophone, Joseph Jefferson on Trombone, Matt Gates on Guitar, Bennett Turner on Bass, and Jay Contrino Drum Set.

Chris Deusinger is a musical chameleon now living in St. Louis. He is at home in every music style including big band, small group jazz, pop, funk, and musical theater. He has performed with local bands and national touring acts including tours to Las Vegas and Branson, MO. He performed regularly at the Andy Williams Theater and is a former member of the Lawrence Welk Jazz Orchestra. He is a freelance musician in the St. Louis area and performs regularly with Dr. Zhivegas and Groove Thang.

Joseph Jefferson is the Director of Jazz Studies at Southeast Missouri State University. He is the recipient of the 2022 Ellis Marsalis Jr. Jazz Educator of the Year Award. He has performed with Vanessa Williams, Sean Jones, Andre Hayward, John Fedchock, Nick Finzer, The Cab Calloway Orchestra, Randy Brecker, Slide Hampton, The Fuzz Band, and Sinatra at the Sands Big Band, among others. Joseph is the founder of the JLJ Jazz Quartet which performs locally. He holds a Doctor of Musical Arts degree. More can be found at JosephLJefferson.com

Matt Gates lives in Cape Girardeau and is the multifaceted guitarist who performs in most of the local bands because he can do it all! He performs regularly with Evan Webb, Shades of Soul, Jason Heeter, and the JLJ Jazz Quartet. Matt is also an accomplished Trombone player and a former music major at Southeast Missouri State University.

Bennett Turner is from Perryville and is the youngest band member with a fearless approach to groove, creativity, and improvisation. He is the founding member of internet sensation, Chocolate Hernia, and is a member of the JLJ Jazz Quartet. He doubles on percussion and is also a Mass Communications Major at Southeast Missouri State University.

Jay Contrino is from Boston and is a graduate of Berklee College of Music. He is the drum set instructor at Southeast Missouri State University and is the owner/instructor of Contrino Drum Studio. Jay has performed in many musical settings. During his four year tenure with Royal Caribbean cruise lines, he performed with Maureen McGovern, Ben Vereen, Tommy Tune, the Osmond Brothers, Lorna Luft, Joanne Whirley, Bowzer, Mickey Dolenz, the Platters, the Coasters, and The Diamonds. He performed at the New Orleans Jazz Festival in 2007 and is a former member of the Glenn Miller Orchestra. He performs in local bands and, along with Matt Gates, proudly serves weekly in the Lynwood Baptist Church Praise and Worship band. 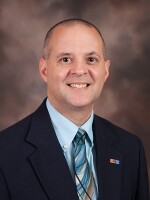