“We’re just really excited to have them in town,” Everett said. “I think it’s a great boost for our city and they’re using our restaurants, they’re shopping in our stores. I think it’s just a very exciting time in Cape Girardeau right now.”

“We’ve had a lot of positive comments from the different people that are in town and we’re hopeful that it will bring new business also to not only my shop, but also to Cape Girardeau,” Everette said.

All those extra people need to eat. Muy Bueno, a Mexican restaurant on Independence Street, has been getting frequent visits from Gone Girl director David Fincher and other cast and crew members. Graciela Quesaba, the owner of Muy Bueno, said Fincher and his crew have been bringing in good business and enjoys their  visits.

“I’m just very happy and overwhelmed because they like my food and they are always making good comments,” Quesaba said. “So, I’m very, very happy.” Quesaba said the crew comes in almost every day.

The film Gone Girl is based on the best-selling novel by Gillian Flynn and stars Ben Affleck and Rosamund Pike. 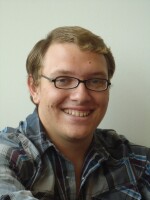