Consumer Handbook
Every week, join Whitney Quick as she helps you navigate life as a smart consumer. You'll cover everything in avoiding the latest scams, including phishing emails, medical equipment fraud, understanding layaway, hiring a reputable tax preparer, and even digital spring cleaning. Add to your toolbox and flip through your Consumer Handbook Thursdays during NPR’s Morning Edition at 6:42 a.m. and 8:42 a.m., only on KRCU.

Scammers wasted no time capitalizing on the Biden Administration’s plan to cancel some federal student loan debt, as BBB predicted. BBB Scam Tracker has already received reports from consumers who have been targeted by impostor loan forgiveness calls and emails.

Here’s how this scam works. You receive a call or voicemail from someone claiming to represent a new student loan forgiveness program. To see if you qualify for forgiveness, the scammer insists that you need to complete an online application form, which asks for personal information, such as your bank account details. In other variations, the scammer insists that you need to pay an upfront fee or even redirect your current student loan payments to them.

Currently, most of the student loan forgiveness scams reported to BBB Scam Tracker are government impostors. But watch out for new variations as scammers have time to get creative. When in doubt, contact the government agency directly. If you receive a message that seems legitimate, but you aren’t sure, stop communicating with the person who contacted you. Then, verify their claims by contacting the government agency they say they represent. For details on the student loan forgiveness program, visit ED.gov or StudentAid.gov.

Government agencies will never ask you to pay a fee to benefit from a free government program. Don’t let scammers persuade you otherwise. Con artists may say the fee will get you relief faster or will unlock additional benefits, but that is all part of the scam. Think twice about unsolicited calls, emails, or text messages. Usually, government agencies won’t reach out to you unless you request to be contacted.

Out-of-the-blue communications are a red flag. Don’t give in to scare tactics. If someone claims you’ll miss out if you don’t act immediately, be wary. This is an all-too-common tactic scammers use on their victims. Instead of responding, stop communications until you can verify what they say is true. 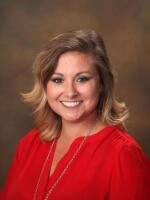