The story takes place aboard the Royal Navy ship HMS Pinafore. The captain's daughter, Josephine, is in love with a lower-class sailor, Ralph Rackstraw, although her father intends her to marry Sir Joseph Porter, the First Lord of the Admiralty. She abides by her father's wishes at first, but Sir Joseph's advocacy of the equality of humankind encourages Ralph and Josephine to overturn the conventional social order. They declare their love for each other and eventually plan to elope. The Captain discovers this plan, but, as in many of the Gilbert and Sullivan operas, a surprise disclosure changes things dramatically near the end of the story. 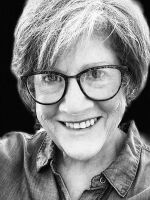 Mary Collier Mims
Mary Collier Mims returns to public radio on the heels of a 35-year teaching career in music. Her on-air debut was in 1979 on WTSU-FM, an NPR affiliate in Troy, AL. Mary taught at Troy State University for nine years and moved to Cape Girardeau with her husband Bruce and son George Aplin in 1989. She taught voice, music appreciation, aural skills, and music education courses at Southeast Missouri State University from 1989-1992 and 2011-2017. Her public school teaching years were spent in service to Cape Girardeau Public Schools and Nell Holcomb R-IV. Mary enjoys fishing, birding, and being a grandma to Jerry, Bree, and Violet.
See stories by Mary Collier Mims
Latest Episodes