Despite all the news of recent changes to Missouri voting laws, some things remain the same for the Aug. 2 primary.

Voters going to the polls this Tuesday still will be able to cast their ballots using the "old" voter ID rules. Missouri League of Women Voters President Marilyn McLeod wants to clear up any confusion.

"For the Aug. 2 election, the current rules apply," she said. "There is not strict photo voter ID; there is a range of possible IDs that you can use."

Current law permits the use of ID issued by the U.S. government, the State of Missouri or state agencies, as well as IDs from a university, college or technical school. Acceptable non-photo forms of ID include a current utility bill, bank statement, paycheck, government check or other government document that includes the voter's name and address.

Looking forward to the November election, Missourians will face much stricter voter ID requirements. The new rules will require an unexpired Missouri driver's license or other state-issued ID, or an unexpired photo ID issued by the federal government. That includes military IDs and passports. Backers of the changes have said they're being put into place to prevent voter fraud, but McLeod predicted they'll have unexpected consequences at the polls.

"We have serious concerns about this, because this could stop thousands of people from voting," she said. "For example, seniors who are no longer driving - who have a driver's license, but it has expired - they would not be able to use it to vote."

The new voter ID rules will be in effect for the General Election in November. More details are on the Secretary of State's website. 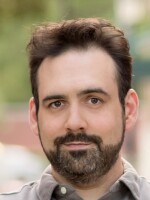 Josh Seabaugh
Josh Seabaugh has been at Southeast since 2018. While journalism was his second major, he's found his home is truly in this field. He is a part of 'Redhawk Rhythm', Southeast's a capella group. During his downtime, he watches shows or plays games with his girlfriend, who has been his biggest supporter.
See stories by Josh Seabaugh