A Hopkinsville ministry has been growing for more than a decade with the mission of uniting the city and serving underserved communities. The Challenge House Movement is now looking to expand, and this is the story of some of the lives the ministry has touched.

Wally Bryan is a man of the people. He rides his bicycle nodding to each person he passes on the street and is constantly waving, saying hello to everyone when he’s out in public.

His heart is to make Hopkinsville a better place to live for all. To do that Bryan made one unexpected decision that would foster a wave of new leaders: he left the nice, historic part of town and moved to a rougher neighborhood.

That prompted some in the community to ask if he had an ulterior motive, if it was a political stunt.

See, the spry 68 year old Bryan is a former Hopkinsville mayor, and in 2004, six years after serving in office, he relocated to a less desirable neighborhood known as Durrett Avenue.

“So many of my friends would say, you know, why can’t you do this and live somewhere else. You know you don’t have to move in there to do what you want to do,” Bryan said. “But in my soul, I just felt like to really do it I needed to move there.”

Bryan’s new home was modest and he made sure to befriend his neighbors, many of whom were African American or had difficult backgrounds. Some of the children nearby would come to play in his yard or get advice.

Jeffery Watkins was one of those children. He’s 19 now.

“I was growing up and ... you just see him riding on his bike and I remember asking him a question,” Watkins said. “I was like ‘Are you my dad?’ Yeah and questions like that. I just fell in love, like I wanted to know everything about him what he was doing in the neighborhood and everything.”

Soon, Bryan found a house in need of repair and a large group of people banded together to refinish it with the hope that it would become a resource center. That home became Challenge House No. 1 and now has an orchard in the backyard. That one resource center has blossomed into five others just like it, each serving its neighborhood’s needs.

Watkins and Bryan  sit outside a Chick-fil-A talking about how the movement has progressed as it gets close to Watkins’ shift there. He works at the restaurant, thanks in part to Nathan and Ellen Ragsdale who currently live in the first Challenge House.

“I need people like that in my life,” Watkins said. “I grew up without a father and everything and I, I had to go to places with a father figure, and those were the two of them, both Nate and Wally, who I looked up to and everything.”

Hopkinsville Police Officer Julius Catlett showed up unexpectedly during the talk and could only sing praises of the program.

“Those kids are in desperate need of help,” he said. “They need a hug.”

The unexpected  visit with Catlett is just another example of how this movement works through many, many partnerships, creating connections between people who need help and anyone who can help them. It isn’t just through churches and their members or through local politicians or school officials. Challenge House is a community effort that runs on donations, many from the faith-based community.

Officer Catlett grew up in a harder part of Hopkinsville and said he wishes there had been a program like it when he was a child.

“Kids can now go someplace to talk and enjoy and be in a safe environment,” he said. “They can learn, they can do homework. They can even learn the Bible.”

Among other things Challenge House children can learn are literacy and basic skills like cooking and baking. That’s exactly what Joanne Wright, the ambassador at Challenge House No. 5 brings to her neighborhood, where many people are struggling.

She acknowledges that some of her neighbors and people in the community face racial issues, but she says it’s not the only, or even the main challenge they face.

After moving into the Challenge House nearly two years ago, Wright spent time getting to know her neighbors and asking them exactly what basic needs would benefit them most, which led to a trial run of a community garden this summer aimed at getting fresh produce into everyone’s hands.

“You don’t want to just move into the neighborhood and, ‘Hey, this is what I think needs to be done,’” she said. “...I came into my neighborhood as a neighbor, and got to know my neighbors and talked to them and find out what their needs were and it’s blossomed into this whole beautiful array of activities.”

Now the movement is working to find a location for its seventh house and continues to look for future ambassadors, some even among the ranks of children who walked into the Challenge Houses’ open doors initsformative years. 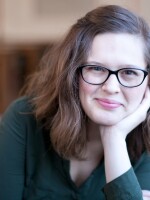 Whitney Jones
Whitney grew up listening to Car Talk to and from her family’s beach vacation each year, but it wasn’t until a friend introduced her to This American Life that radio really grabbed her attention. She is a recent graduate from Union University in Jackson, Tenn., where she studied journalism. When she’s not at WKMS, you can find her working on her backyard compost pile and garden, getting lost on her bicycle or crocheting one massive blanket.
See stories by Whitney Jones
Related Content