Let's Talk Business
Every Monday at 6:42 a.m. and 8:42 a.m., Rob Gilligan provides information on what's happening in the area of regional development in Southeast Missouri. Rob is the President and CEO of the Cape Chamber.

In case you missed it, there was a little sign of hope last week out of Washington D.C. for future progress.

For many years, both citizens and elected representatives have agreed it is increasingly necessary to address this country’s infrastructure. But for those same many years, there has been no significant progress on what that really means and how to get it done.

Last Thursday, President Biden and a group of Senators agreed to a roughly one trillion-dollar framework to address transportation, water, and broadband infrastructure. The President said these investments are critical to compete with global rivals like China.

One of the major stumbling blocks stifling prior attempts is determining how to pay for such an investment. In this agreement, the cost will be covered by repurposing existing federal funds, public-private partnerships, sales from strategic petroleum reserves, wireless-spectrum auction sales, and revenue collected from enhanced enforcement at the Internal Revenue Service.

Now, let’s be clear. This agreed to framework in an important step toward a final agreement but passing legislation will require much more conversation and effort. The President also made it clear he will not sign an infrastructure bill unless congress also addresses several of his other priorities through a reconciliation bill.

Business liked the ray of hope as the markets rose on the news of the initial agreement. There is much work to be done but maybe, just maybe, we can work together. 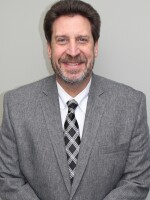