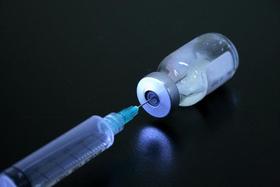 The Missouri Department of Corrections purposely violated the state’s Sunshine Law when it refused to turn over records revealing the suppliers of lethal injection drugs for executions, a state court judge ruled late Monday.

Beetem last July ordered the DOC to disclose the names of the pharmacies from which it buys lethal injection drugs. But the issue remained moot while he reviewed the records in question to see if they needed to be redacted in order to protect the identities of members of the execution team.

On Monday, Beetem ruled that while an exemption in the Sunshine Law protects the identities of the doctor and nurse who are present during the execution as well as non-medical personnel who assist with the execution and are also present, it does not protect the identity of the pharmacists who supply the execution drugs. He ordered the DOC to produce those records without redactions.

He also ordered the DOC to pay the plaintiffs’ costs and attorneys’ fees. In the news organizations' case, that amounted to $73,335.

The state has already indicated it plans to appeal. The Department of Corrections did not immediately return a call seeking comment on Beetem's decision.

"At this point, it has cost the state of Missouri more than $100,000 to assert a frivolous position," said Kansas City attorney Bernard Rhodes, who represented the news organizations. "At what point will the state realize that they're wrong and at what cost to the taxpayers will it take before the state realizes they are wrong?"

The other lawsuits challenging officials' refusal to provide information about the state's execution protocols were filed by former Missouri legislator Joan Bray, a death penalty opponent, and by the Reporters Committee for Freedom of the Press, the American Civil Liberties Union and Christopher S. McDaniel, formerly of St. Louis Public Radio.

The news organizations had sought records from the DOC related to drugs used in the execution of six Missouri inmates between October 18, 2013, when the state enacted its current execution protocol, and May 9, 2014, when they filed their lawsuit under the Sunshine Law.

Missouri, like other states, has had difficulty finding lethal injection drugs after European and American drug makers began refusing to provide them. The state has resorted to using largely unregulated compounding pharmacies, often keeping the sources of the drugs secret.

In their lawsuit, the five news organizations said that public disclosure of the source, quality and composition of the drugs “reduces the risk that improper, ineffective, or defectively prepared drugs are used; it allows public oversight of the types of drugs selected to cause death and qualifications of those manufacturing the chosen drugs; and it promotes the proper functioning of everyone involved in the execution process.”

The suit was filed not long after the botched execution in Oklahoma of convicted murderer Clayton Lockett. He died of an apparent heart attack 43 minutes after the administration of a three-drug cocktail.

Since the news organizations filed their lawsuit in May 2014, Missouri has executed 13 inmates, Rhodes said.

Dan Margolies, editor of the Heartland Health Monitor team, is based at KCUR. You can reach him on Twitter @DanMargolies.