To Your Health: Winter Blues

Did you go to a New Year’s Eve Party? Can you believe that happened THIS MONTH?

The month of January can tend to drag on. The holiday fun is over. It’s cold, there’s less daylight and the landscape is bleak. But, how can you tell the difference between “the winter blues” and something more serious? Depressive Disorder with Seasonal Onset, previously known as Season al Affective Disorder, is listed as a subtype of depression within the DSM-V, the American Psychiatric Association’s Diagnostic and Statistical Manual.  Johnna Medina of PsychCentral explains, “The essential feature is the onset and remission of major depressive episodes at characteristic times of the year.”

According to the Mayo Clinic, the symptoms of winter-onset depressive episodes include:
Irritability
Low energy
Hypersensitivity to rejection
Oversleeping
Craving for foods high in carbohydrates
Weight gain

These season-specific symptoms can be accompanied by those associated with a major depressive episode, including:
Feeling depressed most of the day, nearly every day
Losing interest in activities you once enjoyed
Having difficulty concentrating
Having frequent thoughts of death or suicide
While it’s true that symptoms resolve themselves after a few months, that is still a long time to suffer.

Talk to your healthcare provider, who may prescribe light therapy, cognitive behavioral therapy or medication. 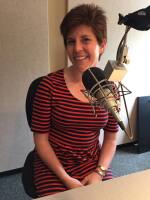