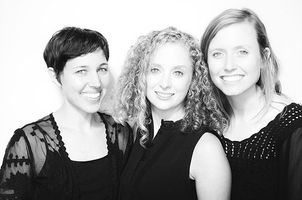 "Sounds Like Us" tells a timely story of female strength through the raw power of the female voice. In an engaging new staged performance, vocal trio Artemisia harnesses the color and contrast of the rich vocal traditions of the world to celebrate the strength of women. Witness women across continents find strength and courage in unexpected ways: On the dusty plains of Kartli, Georgia, after a hard day's work in the sun; Gathered around the dinner table, in preparation for Hanukkah; In the ancient creation song of Cuban goddess of the sea, Yemayá; Through the wooing music of Croatia, newly claimed by female voices; From the Grand Ole Oprey's first female act, in a tongue-in-cheek act on female autonomy; Though defiant young women daring to ask important questions of themselves and of their communities.